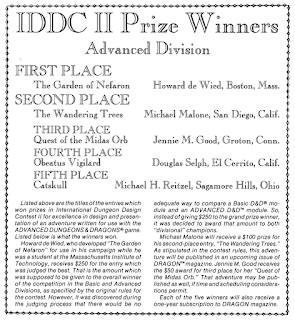 As might have been expected, the overall quality of the entries took a distinct step up from the previous contest. What was not expected was the great increase in quantity — nearly 200 entries were received for the AD&D™ division of the contest, and every one of them had to be looked over before we could make even the most preliminary selections. 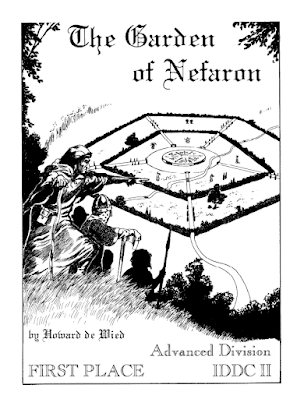 "The Garden of Nefaron" (16 pages) by Howard de Wied was published in Dragon #53 (September, 1981).  Title page and interior illustrations by Jim Holloway.

"The Garden of Nefaron" is the only AD&D adventure I'm aware of that involves psionics (one of the monsters encountered includes a ki-rin).

A new monster, the "guardian" is described (a magical construct), as well as a new magic item "Merithus' Mist Maker".

Finally, the properties of "psychogems" are described (a powerful NPC is trapped within a psychogem, a form of crystal prison, similar to that in revised module B3). 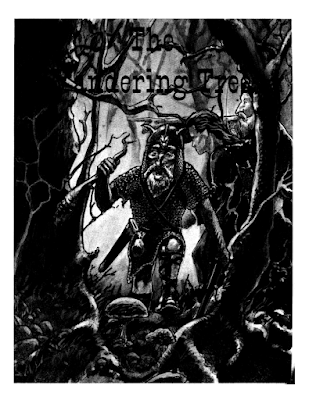 "The Wandering Trees" is more of a mini-setting, than a dungeon adventure.

It’s a change of pace, in a lot of respects, from what we have come to call a “normal” module. (Which is about as hard to define as a “normal” game player...) And it worked out sort of nice that our special inclusion for the chilly month of January is an adventure through a forest that is alive with greenery (and other things besides!)

The adventure was reviewed here, on Dragonsfoot (September 23, 2019).

Michael Malone also wrote module B8 "Journey to the Rock" in which the PCs need to locate one half of a magical talisman.  ("The Wandering Trees" might be a good location for the other half!) 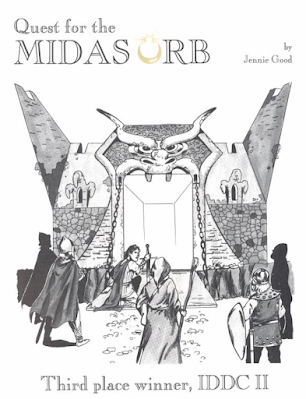 "Quest for the Midas Orb" (11 pages) by Jennie Good was published in Dragon #61 (May, 1982).  Title page and interior illustrations by Jim Holloway.

"Quest for the Midas Orb" involves a two-level dungeon and includes a description of the Midas Orb, a powerful magic item.

This adventure was never published.

This adventure was never published.

at December 19, 2021
Email ThisBlogThis!Share to TwitterShare to FacebookShare to Pinterest