Stephen Amber (Etienne d'Ambreville) is one of the ten Princes of Glantri and a major non-player character in GAZ 3 "The Principalities of Glantri" (1987) by Bruce Heard. 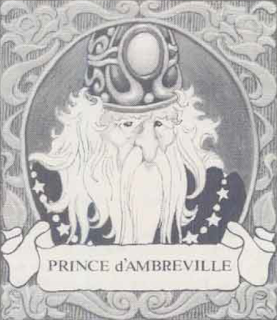 Prince Etienne d'Ambreville, as depicted in GAZ 3 "The Principalities of Glantri".  Portrait by Stephen Fabian.

"Le Prince-Magicien" is the ruler of New Averoigne, Grand Master of the School and Viscount of Sylaire...

It is next to impossible to meet him in person; however, he may show up at embarrassing moments when an important character is plotting against him.

Etienne is a major character in "The Immortals' Fury" campaign arc, a series of adventures detailed in the "Wrath of the Immortals" (1992) boxed set, by Aaron Allston. 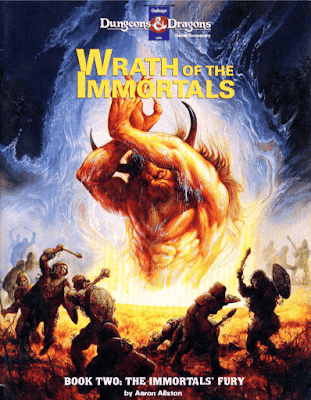 Cover to "Book Two: The Immortals' Fury" from the "Wrath of the Immortals" boxed set.  Cover illustration by Jeff Easley*

Etienne's fate in "The Immortals' Fury" is left unresolved, although revisited in "Mark of Amber" (1995) by Aaron Allston, Jeff Grubb, and John D. Rateliff.
at May 15, 2022
Email ThisBlogThis!Share to TwitterShare to FacebookShare to Pinterest
Labels: BECMI, Mystara