The third volume of the original D&D rules is divided into three main sections.  The Underworld (covering dungeons), the Wilderness (including rules for establishing a domain), and rules for mass combat (land, aerial, and naval). 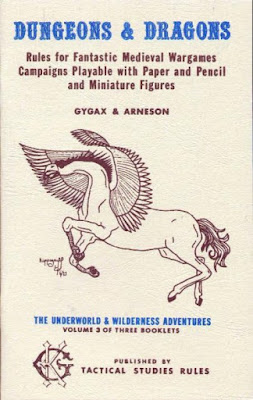 
"The Underworld" provides rules for dungeon exploration.  There is a sample cross section of levels, a sample map of a level, a section on dungeon design, movement and exploration, wandering monster tables, and an example of play.

Much of "The Underworld" section was incorporated into the Basic Rulebook edited by J. Eric Holmes (1977), and again in revisions edited by Tom Moldvay (1981), and Frank Mentzer (1983), creating an association between "Basic" D&D and the dungeon adventure. 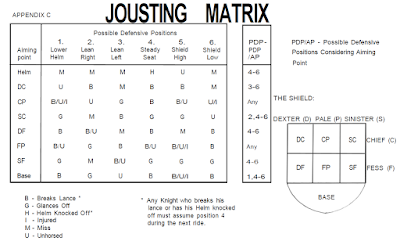 
Rules for wilderness adventures, construction of castles/strongholds, and specialists/men-at-arms were included in the "Expert" Set (Cook/Marsh, 1981), while tournaments/jousting* and "dominion administration" became part of the "Companion" Set (Mentzer, 1984).

The final section of The Underworld & Wilderness Adventures provides rules for mass combat (Chainmail), aerial combat ("Battle in the Skies" or BITS, based on Mike Carr's "Fight in the Skies"), and naval combat (including special suggestions for monsters in naval adventures). 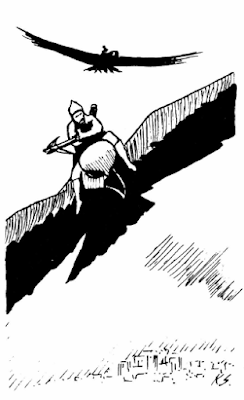 
Rules for aerial combat were derived from Arneson's "Battle in the Skies", demonstrated at Gary Con XI, this past March.  The "Secrets of Blackmoor" blog recently discussed the complexities of the "relative movement system" chart, here.

Waterborne adventures, including combat at sea, were described in the "Expert" Set (Cook/Marsh, 1981).  Many of the Expert modules involved seafaring (notably X1 "The Isle of Dread", in addition to X6, X7, X8, X9), although focused mainly on seaborne exploration.

Additional campaign rules include rumors, information, and legends; the "angry villager" rule; other worlds; healing wounds; and the passage of time.
at November 30, 2019