I got hooked on the Holmes Basic Set as my re-entry to the hobby, back in 2009.  From there, I worked backwards to discover the OD&D rulebooks, using them as a natural extension to the Holmes Basic rules, when I started playing D&D with my son. 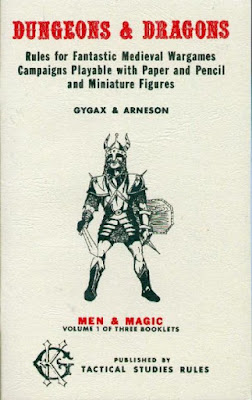 Men & Magic also contains a section on "Character Alignment, Including Various Monsters and Creatures".  Each player character must choose between Law, Chaos, or Neutrality.  A table on page 9 lists creatures in three separate columns, one for each alignment: 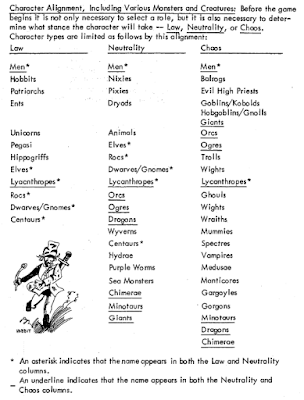 
A similar table appeared previously in the Chainmail rules: 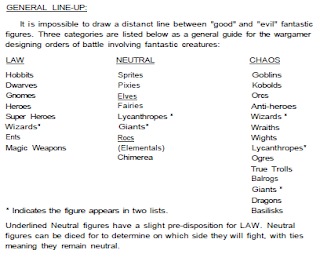 
Note the equating of "Good" with "Law" and "Evil" with "Chaos".  Neutral creatures are "non-aligned", rather than representing a "third" side of their own.  They can join forces with "Law" or "Chaos", or neither, although have a pre-disposition for "Law".

In a later section, Men & Magic states "Law, Chaos and Neutrality also have common languages spoken by each respectively."  In their earliest form, therefore, alignment languages were actual spoken languages, used among creatures of the same alignment.

If one regards the conflict depicted in The Battle of Brown Hills as a part of the prehistory of the OD&D setting, then "Law" and "Chaos" might be considered to represent ancient languages, now mostly forgotten, eventually becoming:

As the cosmic conflict between Law and Chaos faded in subsequent editions of D&D, so too might the conflict have represented a primordial one in the PCs game world.  Perhaps, like the two sides of "the Force" in Lucas' Star Wars, discounted by some as mere legend.
at November 16, 2019
Email ThisBlogThis!Share to TwitterShare to FacebookShare to Pinterest
Labels: OD&D