A Plethora of Obscure Sub-Classes

The Dragon #3 (October, 1976) included 4 new variant subclasses (as well as 2 tongue-in-cheek subclasses), recommended as NPC rather than PC options.
The Healer:
Contributed by C. Hettlestad, being "a combination of magic-user and cleric with a dash of fighter".  Alignment is restricted to lawful or neutral.  No prime requisite is given, although minimum scores of 15 in intelligence, wisdom, and dexterity are required.
Healers cannot use armor or shields, but can employ any weapon.  Special abilities include the ability to detect slimes, molds, etc (4th level), identify potions (8th level), read scrolls (12th level), use 1st level magic-user spells (16th level), and use 2nd level magic-user spells (20th level).
Spells are a combination of magic-user and clerical spells, with some new ones (such as the 4th level "energy" which restores levels drained by undead creatures, the 5th level "cure insanity", and the 6th level "improved cure serious wounds" which cures up to 4d6+4 hp.
The Scribe:
Contributed by David Mumper.  Specialist NPC as opposed to a playable character class, able to transcribe either magic-user or clerical scrolls into spell books "of magic-users and clerics" (being a rare mention of clerical spell books).
The class was updated for 1e by Ed Greenwood, in The Dragon #62 (June, 1982).
The Samurai: 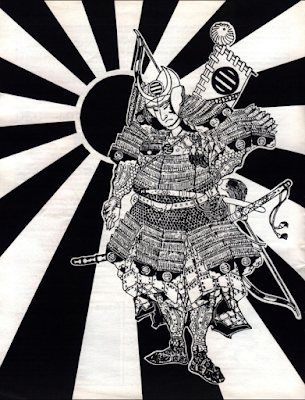 Contributed by Mike Childers, as modified by Jeff Kay, a subclass of the fighter.  Alignment is typically neutral.  A samurai's dexterity must be greater than 15.
Samurai may employ katanas (Japanese long swords) and wakizashi (Japanese short swords), one in each hand.  Rules are provided for critical hits.
Additional rules cover Japanese style armor, the composite longbow, and a form of unarmed combat resembling judo.
In the article, an OD&D version of Japan almost seems to be referenced as a part of the OD&D Game World, similar to previous examples involving other real-world cultures.
"Shōgun" (1975) by James Clavell was a major best-seller at the time, generating a great deal of popular interest in Japanese history and culture.
J. Eric Holmes includes a samurai in "The Adventure of the Lost City, Part I" published in Alarums & Excursions #17 (November, 1976), and mentions the class in the Basic Rulebook (1977).
The class was updated for 1e in The Dragon #49 (May, 1981).

Contributed by John Pickens, who also contributed the alchemist, published in The Dragon #2 (August, 1976).  Another sub-class of the fighter.  Alignment is neutral.  Strength and constitution must be greater than 9, while intelligence must be lower than 9.
Berserkers may not use magical armor or shields, although this is compensated for by improvement in AC by 1 point every two levels.  Special abilities include reduced chances of being surprised (level 4), and ability to detect hidden and invisible enemies (level 6).
Although not true lycanthropes, berserkers gain the ability to assume a "wereshape" at a given level, corresponding to one of the five main types of werecreatures.  "Shieldbrothers" belong to individual clans, led by a clanmaster.
At 6th level, berserkers gain a 4th level companion (any neutral fighter-type or bard), and at higher levels, gain additional followers (similar to rangers) with chances for extraordinary types, one of whom must be a bard of levels 3-6.
Rules for "berserking", including both advantages and disadvantages, are given.  For more on the cultural context, see "Origins of the Norse Pantheon" by Paul Karlsson Johnstone, published in The Dragon #29 (September, 1979).
The class was updated for 1e in The Dragon #133 (May, 1988).
at July 19, 2020