Gary Con XIII is being held this weekend.  Given the ongoing pandemic, the decision was made to hold a totally virtual ("ethereal") gathering.  There are nevertheless plenty of online events and several opportunities for old school gaming. 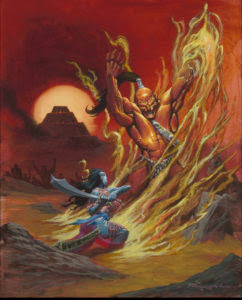 This year marks the 50th anniversary of the Chainmail rules, so it's fitting to see a number of virtual sessions on the schedule, including The Battle of Brown Hills and many others.  "Legends of Wargaming" has released a commemorative video, in honor of the event:

Last year, I signed up for a session of Tekumel: Fresh Off the Boat before the physical con was unfortunately canceled.  It's nice to see some Tekumel and EPT events on the schedule, including Bill Hoyt's "Quest: The Underworld of Tekumel" boardgame. 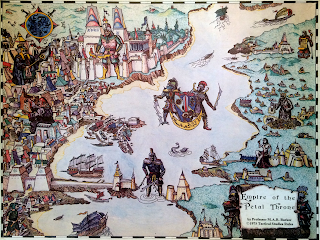 I decided to run two sessions of the final round of the Gen Con IX tournament originally held in 1976: Temple of Diklah and the Helm of Valasdum, designed by Bob Blake.  Although I've played online before, this is the first time I'm DMing virtually. 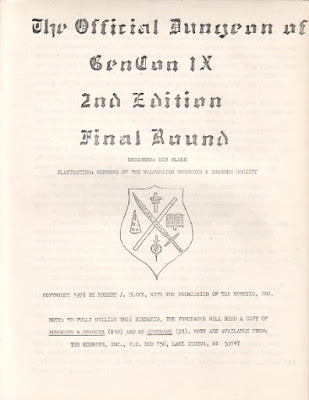 The first session was held on Thursday night, and it was a blast.  I had a great bunch of players, who worked really effectively as a team, and were able to defeat the lich and recover the crown!  I'm looking forward to Sunday's game.

Update (Mar 28, 2021): Was fortunate enough to catch a spot at the table for Bill Silvey's AD&D 1e Expedition to the Sunless Sea.  Our doughty party was just able to fend off an onslaught of mind flayers, together with none other than Tracy Lesch at our side.