Origins 79, sponsored by Strategy and Fantasy World, was held at Widener College in Chester, Pennsylvania in June, 1979.  The AD&D tournament was "Lost Tamoachan: The Hidden Shrine of Lubaatum" by Harold Johnson and Jeff R. Leason. 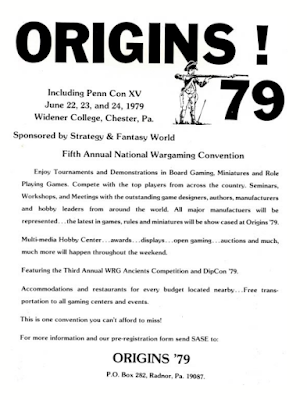 As with Origins 78, the tournament adventure was made available for sale at the convention, although as a numbered collector's edition as opposed to the monochrome version, published the following year (together with an 8-page illustration booklet).

Johnson envisioned three series of nine encounters each, one for each round of the tournament.  Leason provided additional ideas, and the adventure was playtested by the TSR design department prior to its finalization.

Johnson minored in History, and had taken a course in Mesoamerican cultures.  He was inspired by mythical places, such as Tamoanchan, as well as archeological sites, such as Lubaantun in Belize and Palenque in the Yucatan. 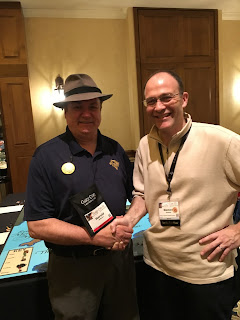 Johnson discusses the development of "Lost Tamoachan" in this interview on Grogtalk (January 17, 2021; from 02:57 to 03:09).  In it, he mentions a specific National Geographic article* as another source of inspiration.

*this may have been "China's Incredible Find" in the April, 1978 issue, which contains the painting of a room in a Chinese emperor's tomb.  The photograph appears to have been used in turn by Jeff Dee as the basis for illustration #9 in the illustration booklet (see this post)

Hackmaster published "The Hidden Shrine" by Paul Glozeris in 2003.

Lost Tamoachan reappeared in "The Sea Wyvern's Wake" by Richard Pett in Dungeon #141 (December, 2006), an adventure in the "Savage Tide" adventure path for 3e.

Finally, in 2019, Johnson himself released "Return to Tamoanchan".

The original adventure was shoehorned into the World of Greyhawk, but also fits well in the Savage Coast setting on Mystara, as discussed in this thread on the Piazza. 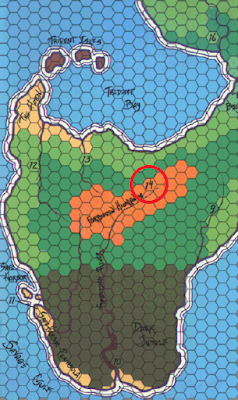 Site of the lost city of Risilvar in the Forbidden Highlands of Orc's Head Peninsula, from module X9 "The Savage Coast", a fitting location for the Hidden Shrine of Tamoachan.

The description for the lost city of Risilvar takes up less than two pages in module X9, with very little detail regarding the central Mesoamerican-style temple.

at September 04, 2021
Email ThisBlogThis!Share to TwitterShare to FacebookShare to Pinterest
Labels: Mystara